In 2016, Dunhams Manor will be publishing a series of hardcover books. They will have beautiful interior illustrations by Dave Felton. This will make up the bulk of Dunhams Manor publications for that year.

January
THE CASTLE-TOWN TRAGEDY AND OTHER TALES by Brandon Barrows 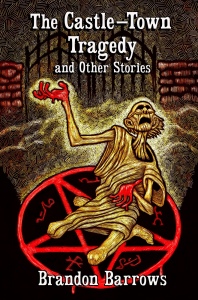 Even in the peace and plenty of the Edwardian era, malevolent denizens of the “Outer Circle” seek entrance to our world and the British Isles have no better defender than Thomas Carnacki, the Ghost-Finder!
In three brand-new tales of William Hope Hodgson’s occult detective, Carnacki faces tortured spirits, powerful other-worldly entities and things that go bump in the night. But, armed with an array of scientific instruments, a vast knowledge of the occult, and fueled by a drive to dispel the mysteries and horrors of the world, Carnacki welcomes the challenge.
For over a century, the exploits of Carnacki the Ghost-Finder have delighted and thrilled fans of both mystery and ghost fiction and these stories are no exception!
COMING SOON:
JACK WERRETT, THE FLOOD MAN by Rebecca Lloyd
MUSCADINES by S.P. Miskowski
MEDUSA by Jordan Krall
THE SECRET OF VENTRILOQUISM by Jon Padgett
THE STAY AWAKE MEN by Matthew Bartlett
MAPPING THE DARKNESS: Thomas Ligotti’s ‘Songs of a Dead Dreamer’ By Shawn Mann
A VOLUME OF SLEEP by Jayaprakash Sathyamurthy
TO BE ANNOUNCED by John Claude Smith